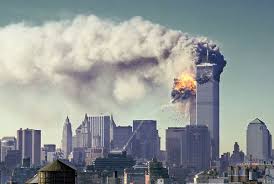 The consequences of the terrorist attacks of 11th September, 2001 have been catastrophic. In addition to the estimated 3,000 people who lost their lives during the attacks themselves, millions more have been killed in the "War on Terror"; there has been an aggressive worldwide expansion of US military power, including the introduction of drone warfare; the MENA region has been destabilized, leading to massive flows of migrants; international law has been violated (most egregiously with the Iraq War); and domestically there has been a draconian scaling back on civil liberties, including historically unprecedented levels of surveillance, arbitrary detention, and torture. All of this has worked to undermine the post-1945 liberal internationalist order and has contributed to mounting concerns about liberal democracies being transformed into police states. It would not be difficult to defend the claim that "9/11" represents the most significant political event of the post-Cold War era.

These consequences rest on the fundamental premise that the United States was attacked by Al Qaeda on 9/11. Upon that premise are erected the moral and legal bases of the "War on Terror," i.e. that "civilized" states have the right to defend themselves preemptively against terrorist barbarism in an age where terrorism is networked, transnational, and more threatening than ever before owing to new technologies of destruction. Yet, what if the fundamental premise were false? As Benjamin observes,

Were this claim ever to be proved false – were it ever to be shown that the United States was not in fact attacked by "others" on 9/11 but rather attacked itself (or let itself be attacked) for the purpose of blaming others and justifying international war – then its war would not be one of self-defence but of pre-meditated and carefully camouflaged aggression (2017: 373).