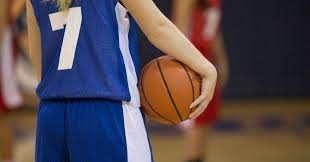 The Arizona House of Representatives passed a new bill that if signed into law would ban transgender female athletes from participating in school sports.

The "Save Women's Sports Act," introduced by Republican Rep. Nancy Barto, would require interscholastic and intramural sports sponsored by educational institutions to explicitly designate sports as for males or females based on a persons' biological sex.

"This bill is about fairness. That's it. What is fair on the field, the court, the track, and in the pool," Barto said in a statement to ABC News.

The bill was first introduced on Feb. 3 and passed in the House one month later along party lines 31-29 after an emotional hours-long debate on Tuesday.

Barto cited the biological differences between males and females from lung capacity and muscle mass to testosterone levels that she said give men "an undeniable physical advantage over women in sports."

Remember What It Is To Be An American. And Let Freedom Reign Again

A Will To Overthrow The United States

Stanford Doc: COVID Fatality Rate For People Under 45 Is "Almost 0%"

America's Small Business Owners Have Been Horribly Abused During These Riots...