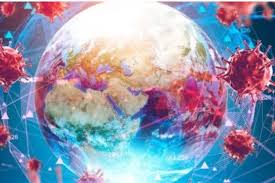 In a document obtained by Newsweek, Department of Defense officials said that Covid-19 will "likely" become a global pandemic within the next 30 days.

This comes after a 23-year-old soldier stationed in South Korea became the first member of the US armed forces to contract the illness.

"The DoD is concerned not only the impact COVID-19 has on mission readiness, but the risk to inadvertently spread the virus to the U.S. by returning members who may have been exposed," a senior Pentagon official told Newsweek…

…When asked for comment, Jessica R. Maxwell, a DOD spokesperson, said the DoD has "contingency plans in place and are taking steps to educate and safeguard our military and civilian personnel, family members and base communities in preventing widespread outbreak." But ultimately, "Commanders of individually affected geographic commands will be and are issuing specific guidance to their forces as their situations may require."

…The use of the term "pandemic" in the briefing documents described a global outbreak, whereas an "epidemic" would be confined to a country," a senior Pentagon official told Newsweek. During a pandemic, a large number of people in several countries or continents are affected, according to the CDC. (source)

Arguably, it's already a pandemic since it has reached every continent except Antarctica. Many people in the United States are paying attention and ratcheting up their preparedness for possible quarantines and other measures.

The National Center for Medical Intelligence (the NCMI) raised the Risk of Pandemic warning from WATCHCON 2 to WATCHCON 1, according to the document obtained by Newsweek. WATCHCON 2 is used in the event of a "probable crisis" and WATCHCON 1 means the crisis is imminent.

This goes hand-in-hand with reports that the military began executing plans to prepare for a potential pandemic two weeks ago. As well, this could be the reason behind President Trump's deal with the Taliban – it could be an effort to get soldiers out of an area where transmission could be widespread.

The CDC also feels that the risk of a pandemic is high.

The Centers for Disease Control also notes that the likelihood of a global pandemic is high.

At this time, however, most people in the United States will have little immediate risk of exposure to this virus. This virus is NOT currently spreading widely in the United States. However, it is important to note that current global circumstances suggest it is likely that this virus will cause a pandemic. This is a rapidly evolving situation and the risk assessment will be updated as needed.

-For the general American public, who are unlikely to be exposed to this virus at this time, the immediate health risk from COVID-19 is considered low.

-People in communities where ongoing community spread with the virus that causes COVID-19 has been reported are at elevated though still relatively low risk of exposure.

-Healthcare workers caring for patients with COVID-19 are at elevated risk of exposure.

-Close contacts of persons with COVID-19 also are at elevated risk of exposure.

-Travelers returning from affected international locations where community spread is occurring also are at elevated risk of exposure. (source)

-The CDC has been harshly criticized regarding its response to the virus. Tests that they sent out to health departments were faulty, losing weeks of possible containment in the United States. (More on the lack of containment in this article.)

-The WHO refuses to call it a pandemic.

Perhaps in an effort to ratchet down the level of fear and panic across the globe, the World Health Organization has not deemed Covid-19 a pandemic.