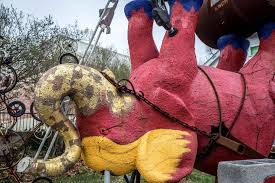 It may not be for the reason you think, though.

New data from Ballot Access News, which tracks registrations in the 31 states that require voters to register by party, show that independents now account for 29.09 percent of voters in them, compared to 28.87 percent for Republicans. As recently as 2004, Republicans outpaced independents by nearly 10 percentage points.

This marks the first time since party registration began in the early 1900s that the number of registered independents in the United States has surpassed either major political party, according to Ballot Access News.

But before anybody chalks this up as having to do with the current occupant of the White House, it's worth parsing the trends.

While independents have surpassed Republicans, there actually hasn't been a huge drop in GOP party registration since Donald Trump took office. Since October 2016, GOP registration has dropped by half a percentage point. Democrats have actually declined by nearly a full point over the same span. Independents have benefited from both drops.