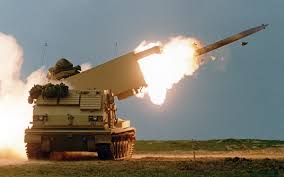 Whenever you see pictures of U.S. military combat aircraft, drones, and helicopters deployed on operations overseas, or even just during exercises in the United States or abroad, they're often loaded down with various missiles and other precision-guided munitions. It's no secret that the United States spends a lot on defense, but how much do each of these various weapons actually cost?

The individual prices of various air-launched munitions is an interesting and important thing to consider, especially given how many of them the U.S. military expends each year. In 2019 alone, American military aircraft, manned and unmanned, employed 7,423 munitions of various types in Afghanistan and another 4,729 in Iraq and Syria, according to official data. This year, already, they've expended 415 and 68 weapons in those same areas, respectively.

The War Zone has collected the latest unit costs of many of the Pentagon's air-launched weapons to give readers a sense of just how much it is spending to arm its fleets of combat aircraft. It should be stressed that these are the prices for just the individual weapons and do not factor in any future spending on support services, modifications, or upgrades. Some may be surprised, or even a bit mortified, at just how expensive some of these weapons are.

Both US aircraft carriers in the Pacific are taken out of action...

Mike Pompeo Admits COVID-19 Is a "Live Exercise," Trump Retorts "I Wish You Would Hav