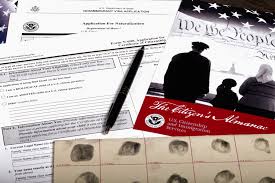 It was different, however, with respect to state governments. Except for a few express restrictions on their powers enumerated in the Constitution, the states could continue exercising whatever powers they wished against people within the state.

That concept of state sovereignty was confirmed when the 10th Amendment was adopted as part of the Bill of Rights. It states: "The powers not delegated to the United States by the Constitution, nor prohibited by it to the States, are reserved to the States respectively, or to the people."

Thus, state governments constituted a grave threat to the freedom of the citizenry within the state. A state government could, for example, enact a law that forced parents to take their children to church every Sunday, much like state laws today force parents to subject their children to a state-approved education. Or a state could enact a law ordering everyone to turn in his guns to state authorities, much as the state of Virginia is threatening to do today with respect to assault rifles owned by people in Virginia.

If such laws were to be enacted, there would be nothing that people could do to have them declared in violation of the U.S. Constitution because they wouldn't have been in violation of the Constitution. The First Amendment and the Second Amendment, which protect the right of freedom of religion and the right to keep and bear arms, apply only to the federal government, not to state governments.

Take Rights Seriously, Even During a Pandemic

Draconian Lockdown Powers: It's a Slippery Slope from Handwashing to House Arrest