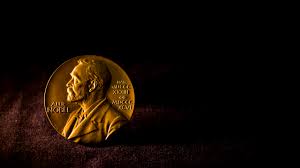 Alfred Nobel invented dynamite and various other powerful explosives. These explosives were used to devastate people in conflicts such as the Spanish-American War.

After Nobel's brother died, because of a journalistic error, the public believed that Alfred Nobel had died. In his obituary, he was portrayed as an amoral businessman who made millions of dollars off of the deaths of others. His critics declared that "the merchant of death is dead" and that Alfred Nobel "became rich by finding ways to kill more people faster than ever before."

According to Live Science, this discovery shocked Nobel, and to improve his legacy, "one year before he died in 1896, Nobel signed his last will and testament, which set aside the majority of his vast estate to establish the five Nobel Prizes, including one awarded for the pursuit of peace." This may very well have been a genuine act, but it is important to draw parallels between the origin of the award and its not so peaceful recipients. Here are three of the Nobel Peace Prize winners that turned out to be war criminals.

Henry Kissinger won the award in 1973 for his "efforts" to conclude the Vietnam War. What a joke. In 1968, Kissinger helped tank President Johnson's peace talks on behalf of the Nixon campaign for political gain. Kissinger helped orchestrate the secret bombing of Cambodia. These bombing operations were known as Operation Menu and Operation Freedom Deal.