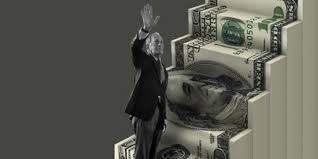 Bloomberg has spent so much, in fact, that he crossed over the half-billion mark on Friday, shelling out $505.8 billion, or $5.5 million per day since he announced his candidacy on broadcast, cable, radio and digital ads according to Advertising Analytics.

And as Bloomberg's Bloomberg notes, that's $190 million more spent on ads than all of his (active) Democratic opponents combined - including billionaire hedge-fund founder Tom Steyer.

Alas for 'mini' Mike, not even half-a-billion dollars could stop the drive-by clubbing he received during last week's Nevada debate - which sent Bloomberg's PredictIt odds plummeting as Sen. Bernie Sanders (I-VT) gained a sudden burst of support (to that end, Bloomberg has now embarked on a major anti-Sanders advertising campaign).

"After his performance tonight, I have no doubt he is about to drop tonight another $100 million in this campaign," said Elizabeth Warren following the debate.

He's spent $63 million in California, twice as much as Steyer and almost 10 times what Bernie Sanders has spent.

Biden: States Should Prepare for Remote Voting in 2020 Elections

"It's Hard To Envision That": Biden Doubts Democratic National Convention Will Go Forw