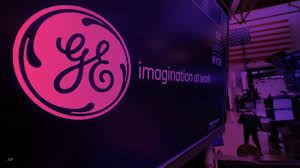 GE has been a corporate shipwreck for the last decade, where infamous Madoff whistleblower Harry Markopolos warned in late 2019 that the company's 'cash situation' is a lot worse than the company's filings would suggest.

Markopolos said the accounting fraud that GE has conducted would be more significant than Enron and Worldcom combined.

GE's CEO Larry Culp came aboard in 2018 to save the company and sell off business units to raise cash and stabilize cash flows to steer the corporate ship away from bankruptcy threat.

"We're Not Making Any April Payments"...

The "Small" Business Administration Is Now Bigger Than Walmart

We Have a Choice to Make

Ground Leveling For Giga Berlin To Be Completed Soon

"The Industry Has Never Experienced Anything Like This Before":

Amazon Shows "No Respect" For Warehouse Workers During Coronavirus

Will Coronavirus End the Fed?