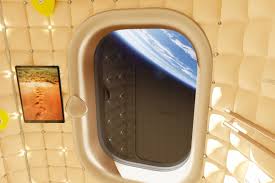 Have you always dreamt of leaving Earth? Are you a member of the two, or better yet three commas club? Well it's a great time to be alive because after decades of delays, the space tourism industry may finally be taking off. Not just the kind Dennis Tito pioneered in 2001, where you buy a ticket from the Russian government to visit the International Space Station (ISS), but real honest-to-goodness free market tourism with multiple private companies vying to turn your hard-earned millions into an out-of-this-world experience.

SpaceX, which is preparing to launch astronauts to the ISS any month now in its newly human-rated Crew Dragon capsule, announced last week that NASA won't be the only paying customer for its new vehicle. The private company is also offering to launch up to four private citizens into orbit in late 2021 or 2022. And SpaceX is far from the only company on the verge of starting space tourism operations. Here's a primer to where and when you can go, and how much it might cost you.

The entry-level trip is the short-but-sweet suborbital flight. You fly more or less straight up at least 62 miles—the boundary between Earth and space, according to the Fédération Aéronautique Internationale—snap a few selfies, and come straight back down. At the peak of the flight you'll experience a few minutes of weightlessness, see the sky turn black, and finally find out for yourself whether the Earth is round or flat.

Virgin Galactic has been promising to provide this sort of service "this year or next year" for a decade, but this year they might actually deliver. The company is currently conducting the final tests of its VSS Unity spaceplane in New Mexico, and in a presentation to shareholders last fall said that it was targeting summer of 2020 for the first passenger flight. Virgin Galactic has taken deposits from 600 would-be astronauts and will charge $250,000 per seat. While it's initially targeting clients worth at least $10 million, it expects that economies of scale will soon push down the price, opening the experience to those worth $1 to $5 million, according to the presentation.

SpaceX plans first manned flight to space station in May

Freedom is the Answer. What's the Question?

The Economy is Circling the Drain Along w Your Toilet Paper

Military Command Isolating In Underground Bunker! What You Need To Know

It Wasn't "Different This Time"...It Was Worse & The Fed Will Fail by Ron Paul