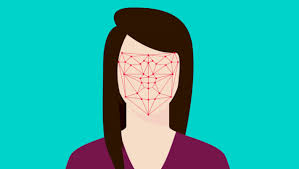 This latest story (below) is indicative of the growth in power and influence of the Five Eyes intelligence sharing network, which can always expand to add the EU into its fold. This new system will be driven by expansive Silicon Valley cloud services and an array of artificial intelligence processing hubs which the Carnegie Endowment recently described as:

"A growing number of states are deploying advanced AI surveillance tools to monitor, track, and surveil citizens to accomplish a range of policy objectives - some lawful, others that violate human rights, and many of which fall into a murky middle ground."

The European Union has not yet enacted new legislation for this new global surveillance system, but it has already allocated millions of euros in funding for exploratory research into the data logistic and architecture of this new Orwellian grid.

The The Intercept reports…

A police investigator in Spain is trying to solve a crime, but she only has an image of a suspect's face, caught by a nearby security camera. European police have long had access to fingerprint and DNA databases throughout the 27 countries of the European Union and, in certain cases, the United States. But soon, that investigator may be able to also search a network of police face databases spanning the whole of Europe and the U.S.

The Key Question: Increase Debt or Write It Down?

"The Industry Has Never Experienced Anything Like This Before":

The Unthinkable Is Happening: Oil Storage Space Is About To Run Out

"This Crisis Is Every MMT'ers Wet Dream"