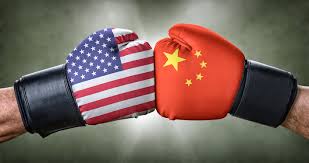 One year later, the Chinese economy overtook the U.S. on a PPP basis. Inexorably, year after year since the start of the millennium, the U.S. share of the global economy shrinks while China's increases.

China is already the key hub of the global economy and the leading trade partner of nearly 130 nations.

While the U.S. economy is hollowed out, and the casino financing of the U.S. government – repo markets and all – reads as a dystopian nightmare, the civilization-state steps ahead in myriad areas of technological research, not least because of Made in China 2025.

China largely beats the U.S. on patent filings and produces at least 8 times as many STEM graduates a year than the U.S., earning the status of top contributor to global science.

A vast array of nations across the Global South signed on to be part of BRI, which is planned for completion in 2049. Last year alone, Chinese companies signed contracts worth up to $128 billion in large-scale infrastructure projects in dozen of nations.