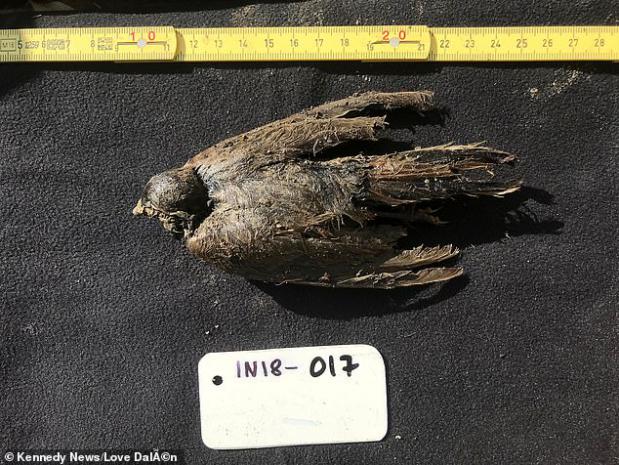 The specimen — an ancestor of the modern horned lark — was found preserved in permafrost in a mine tunnel near the village of Belaya Gora in north-east Siberia.

Horned larks typically occupy open habitats, such as would have been found in Siberia back during the last ice age.

The 'Icebird' — as researchers have dubbed it — was female, and thought to be the first recorded example of a frozen bird from this time to be found in the area.

The researchers believe that the animal likely died a non-violent death before it was frozen, a fate that kept it from decomposing over the millennia.

Palaeontologist Love Dalén of the Swedish Museum of Natural History and colleagues were given the bird to study after it was discovered buried underground by local fossil ivory hunters.

Found when the hunters were tunnelling into the permafrost, the frozen carcass was entombed around seven metres underground.

Professor Dalén and his colleague Nicolas Dussex of the Centre for Palaeogenetics in Stockholm carefully analysed the remains back in their laboratory.