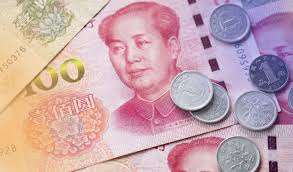 There was a palpable sense of disappointment last night when instead of cutting its benchmark overnight interest rates as some - notably Goldman Sachs - had speculated might happen, the PBOC announced that it would only lower its benchmark 1- and 5-year lending rates, i.e., Loan Prime Rate, by 10bps to 4.05% and 5bps to 4.75% respectively, a move that was widely anticipated.

The underwhelming rate cuts left analysts asking for more as consensus emerged that piecemeal lending rate cuts can only help the Chinese economy so much, especially if China is indeed set to unleash fiscal austerity as local Chinese media reported over the weekend: "The ten basis point reduction will help companies weather the damage from the coronavirus at the margins," Julian Evans-Pritchard, senior China economist at consultancy Capital Economics, wrote in a note after PBOC published its latest loan prime rates. "But even if the ... cut is passed on to all borrowers, that would only decrease average one-year bank lending rates from 5.44% to 5.34%. The ability of firms to postpone loan repayments and access loans on preferential terms will matter more in the near-term."

However the market's bitter taste from the underwhelming rate cut was quickly reversed after the PBOC reported its latest monthly credit data, which was a whopper, blowing out market expectations: total social financing, the broadest credit aggregate, soared by over 5 trillion yuan, the biggest one month injection on record, surprising the market to the upside mainly on higher government bond issuance. According to Goldman, "this mainly reflected the economic conditions and policy stance as the economic impacts from the virus were still rising."