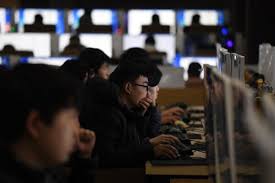 The internal report, dated Feb. 15, detailed the agency's efforts to ramp up censorship measures. It was drafted after a speech given by Chinese leader Xi Jinping via video link on Feb. 10 to "frontline responders" of the coronavirus outbreak in Wuhan, the capital of Hubei, where the virus first broke out.

The revelations come as the Chinese regime tightens information controls over the worsening outbreak, as netizens have increasingly turned to the internet to vent their frustrations about the authorities' response, or document what is happening on the ground.

The illness has seen a steadily growing official list of infections and deaths on a daily basis. Experts and commentators, however, believe the actual number of infections to be far greater, due to underreporting and shortages in testing kits and hospital beds—meaning many people are left undiagnosed.

According to the document, the department has hired more than 1,600 trolls, known as the 50-cent army in China, to regulate internet speech continuously, 24/7.