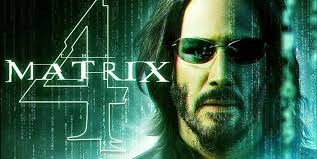 The 55 year-old-actor who's once again playing Neo in the hotly-anticipated Matrix sequel has been spotted everywhere from the House of Nanking eatery in San Francisco's Jackson Square district to jumping off of high-rises downtown and riding a motorcycle down a closed-off city street.

It's not just sightings like these or Keanu's frequent stops to take selfies with fans that have generated palpable enthusiasm, however. Some of the set footage that's been captured is truly incredible, such as this video below that was posted to Reddit over the weekend. It appears to show two stunt doubles, presumably standing in for Keanu's Neo and Carrie-Anne Moss's Trinity, jumping off of a 43-story skyscraper at the intersection of Montgomery and Market streets in San Francisco. Check out the footage below, which shows one of the stunt actors grabbing the hand of the other before they stop in mid-air and are slowly pulled up and back into position on top of the high-rise.

This comes just days after a local news crew spotted Keanu in San Francisco's North Beach neighborhood shooting a scene for the film, which will be released on May 21, 2021 (the same day, incidentally, as Keanu's John Wick 4 is also set to open). In addition to Keanu and Carrie-Anne Moss, the cast also includes Neil Patrick Harris, Jessica Henwick, and Jonathan Groff. Henwick is rumored to be playing a female Neo-style character, while another actor — Yahya Abdul-Mateen II — is rumored to be portraying a young Morpheus.

Rabobank: "What The Market Should Be Focusing On Is Whether There Are Still Markets"