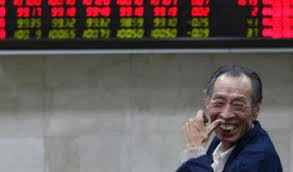 The yen and gold both slipped.

Gains in Europe's Stoxx 600 Index were led by the China-heavy sectors of automakers and miners. US futures climbed, though Wall Street is shut for a holiday, and Treasuries weren't trading. European bonds were mixed, while the euro ticked higher after closing on Friday at its lowest since early 2017.

With the US closed for president's day, the attention was on China, where both cases and deaths linked to the Coronavirus hit a new all time high of over 70,000 and 1,775 respectively. The yuan climbed after China cut rates and added medium-term funding to banks to cushion the impact of a virus outbreak; specifically, the People's Bank of China offered 200 billion yuan ($29 billion) of one-year medium-term loans on Monday. The rate was lowered by 10 basis points to 3.15%

As a result of the latest burst of monetary stimulus (which came at a time when the finance ministry warned that China would have to pursue austerity on the fiscal side), the Shanghai Composite soared almost 2.3% while gains in China's CSI 300 Index have recouped all losses since trading resumed after the Lunar New Year break, after the central bank unveiled plans to reduce corporate taxes and fees.