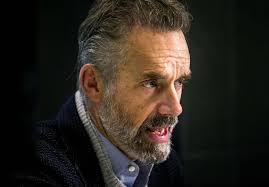 In a dramatic video published on YouTube last week, a woman looked to the camera and delivered a deeply personal announcement.

She revealed that her father, Jordan Peterson, the famous 'professor against political correctness', was in intensive care in Russia after being hospitalised following a severe dependence on benzodiazepines – a class of anti-anxiety pills.

'He nearly died several times,' she says solemnly in the clip that has been viewed more than 2.4 million times.

'He almost died from what the medical system did to him in the West.'

Explaining why he was in Russia, not exactly a free society, Mikhaila Peterson says: 'The doctors here aren't influenced by the pharmaceutical companies.

'They don't believe in treating symptoms caused by medications, by adding in more medications and have the guts to medically detox someone from benzodiazepines.'

Of course, for the Canadian psychologist's family, the notion that he's been left with 'neurological damage', as Mikhaila says, is a tragedy.

But it is also an immense tragedy for everyone who cares about the culture wars that dominate so much of our lives today.