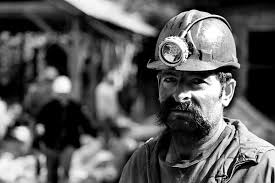 Take, for instance, a new report from A.P. News, that details how Twin Ports of Duluth-Superior, recorded its lowest coal cargo volumes in three decades during the 2019 shipping season.

Greg Nemet, a public affairs professor at the University of Wisconsin-Madison, said coal shipments in the port have plunged as the demand for renewable energy has soared in recent years.

"It's really a competition between coal, natural gas, and renewables. It's cheaper to make electricity with natural gas and with solar," Nemet said. "Coal really can't compete with either of those."

A.P. said 8 million tons of coal moved through the Twin Ports, the lowest volume since 1985.

U.S. coal production has plunged from 1.2 billion tons in 2008 to 597 million last year. Despite Trump's promises to revive the industry, production continues to decline.

Trump was silent last year after a significant bankruptcy wave devastated the industry.

Trump routinely pumped the coal industry, calling it "indestructible" and telling everyone on social media that "coal is back." Here he is in 2017 famously telling people that "We are going to put our coal miners back to work."