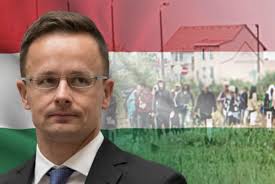 Instead of spending money on counter-terrorism, the UN is funding programs that encourage people to leave their homelands and head to western countries, Szijjártó told a conference in Vienna on Tuesday.

This mass migration process poses "a very serious threat to the whole of humanity," said Szijjártó.

We call on the UN to include in its budget counter-terrorism … and to spend less on migration," the minister told the conference, which was organized by the UN.

Passed in 2018, the UN Compact on Migration is not legally binding, but governments are under international pressure to follow its mandates.

British MEP Janice Atkinson warned that the pact could lead to Europe being flooded with 59 million new migrants within the next 6 years.

Dutch MEP Marcel de Graaff also said that the pact would grease the skids for laws that would criminalize criticism of mass immigration as hate speech.