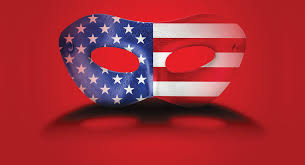 Maybe you're thinking you should get behind somebody like Ron Paul (I didn't say Rand Paul), should such a person materialize. That would be futile.

Here's what would happen in the totally impossible scenario that this person was elected and tried to act like a Lee Kuan Yew or an Augusto Pinochet against the Deep State:

First, there would be a "sit-down" with the top dogs of the Praetorian agencies and a bunch of Pentagon officers to explain the way things work.

Then, should he survive, he would be impeached by the running dogs of Congress.

Then, should he survive, whipped dog Americans would revolt at the prospect of having their doggy dishes broken.

Remember, your fellow Americans not only elected Obama, but re-elected him. Do you expect they'll be more rational as the Greater Depression deepens? Maybe you think the police and the military will somehow help. Forget it…they're part of the problem. They're here to protect and serve their colleagues first, then their employer (the State), and only then the public. But the whipped dog likes to parrot: "Thank you for your service." Which is further proof that there's no hope.