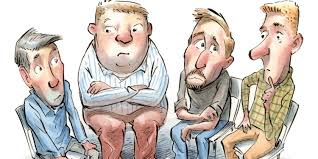 The demonization of white people is the main focus of "Black Studies" in universities and schools.  Corporate adds now engage in attacks on white ethnicities, such as this Scandinavian Airlines ad: https://youtu.be/ljtFEMAfQ_E .  Not to be left out of the fun of beating up on white people, PBS announced that the propaganda film, The Long Shadow ( http://thelongshadowfilm.com ), will be aired 697 times on 176 PBS stations and channels across 70% of the US.

The Long Shadow is an ignorant or intentionally propagandistic film. The premise is that white-imposed institutional anti-black racism, "guided by the South's powerful political influence, steadily, deliberately and at times secretly, established white privilege in our institutions, laws, culture and economy."  This is an amazing lie.  Slavery was universal.  Muslims held millions of white slaves obtained from raids on European coastal towns. Was this "Muslim anti-white racism, guided by Islam's powerful influence," or was it the appropriation of labor, as were feudal dues or the modern income tax on labor?  How come slavery is only something whites did to blacks, and not something that Muslims did to whites or blacks to blacks?  As the historic record makes certain, the black slave trade originated in Africa in the black king of Dahomey's slave wars against other black tribes.

When whites held whites as slaves, was this white-imposed anti-white racism?