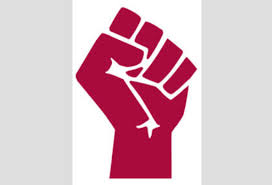 This life of self-deception is not intentional. It is entirely unwitting. Nonetheless, it is a root cause of much of the dysfunctional nature of American society.

In a recent political op-ed in the Times, Egan writes:

The United States has never been a socialist country, even when it most likely should have been one, during the robber baron tyranny of the Gilded Age or the desperation of the Great Depression, and it never will be. Which isn't to say that American capitalism is working; it needs Teddy Roosevelt-style trustbusting and restructuring. We're coming for you, Facebook.

Notice the mindset: that America has never been a socialist country. In Egan's mind, America is a "capitalist" nation and always has been one. He suggests that this "capitalist" system isn't working — that it needs strong government intervention to "correct" it.

Do you see what I mean? That's one of the big challenges we libertarians face: the fact that a lie and a false reality are embraced and promoted by people from all walks of life, especially the well-educated elite at America's big mainstream newspapers.