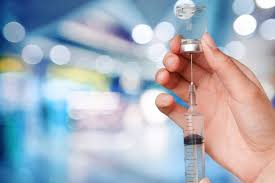 People who have moved to Idaho to take advantage of lax rules around vaccination in schools have been referring to themselves as refugees.

Parents of school children reveal that they uprooted their families from states that require a religious or medical reason not to vaccinate their child, the strictest state being California, and many say they did so on the basis of obtaining medical 'freedom'.

Idaho is only one of 15 states that allow exemption based on personal beliefs and parents simply have to fill out a form stating the reason why they won't allow their child to be vaccinated.

But one of the more relaxed states, Washington, removed the exemption for the Measles, Mumps and Rubella (MMR) vaccine last year and in a series of six public hearings Idaho residents urged officials not to tighten rules.

'I'm a mother. And I'm also a California refugee,' Shalee Brindley, a Meridian resident who left San Francisco in 2017, said at a hearing in Boise in August 2019. 'I came here in search of medical freedom.'