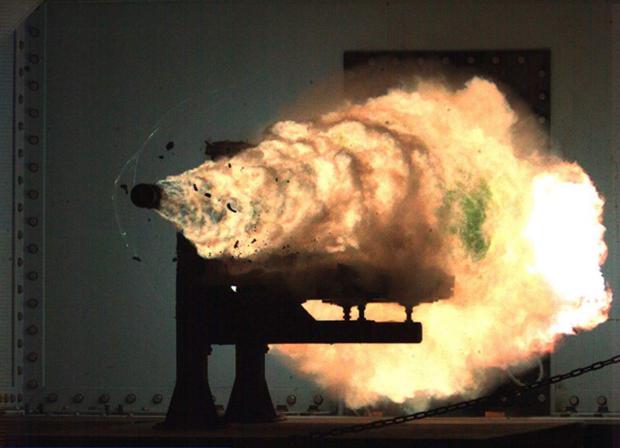 Key Point: The science of rail guns may have finally been unlocked.

While the U.S. Navy had announced a few years back it would take a prototype railgun to sea onboard the expeditionary fast transport USNS Trenton (JHSV-5) in 2016, the service may have to scupper those plans.

If the Navy does take the railgun out to sea on a fast transport, it will be in 2017 at the earliest. In lieu of testing the prototype rail gun in an at-sea environment, the Navy might instead proceed directly to developing an operational weapon system.

"Primarily because it will slow the engineering work that I have to do to get that power transference that I need to get multiple repeatable shots that I can now install in a ship. And I would frankly rather have an operational unit faster than have to take the nine months to a year it will take to set up the demo and install the systems, take the one operational [railgun] unit I have, put it on a ship, take it to sea, do a dozen shots, turn around, take it off, reinstall it into a test bed."