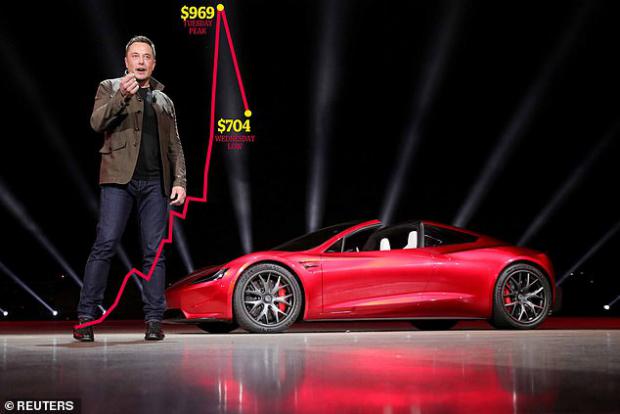 -Tesla has more than tripled in value since October and is now worth more than General Motors, Ford and Fiat Chrysler combined

Tesla's stock tumbled 17 per cent on Wednesday, hitting the brakes on a dramatic rally as a senior executive said the coronavirus outbreak in China would delay deliveries of its Model 3 cars and analysts warned of its high valuation.

Tesla Vice President Tao Lin said on the Weibo social media platform that car deliveries from its new Shanghai plant would be temporarily delayed and that the company planned to restart production on February. 10.

The $2 billion factory is a key part of Chief Executive Elon Musk's plan to make more than half a million automobiles this year.