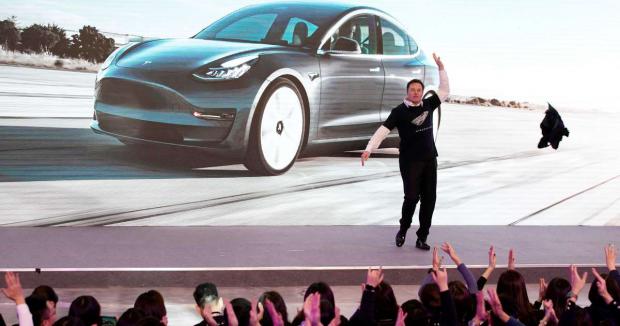 In a reversal of fortune analysts find amazing if not nutty, the stock of the electric vehicle and solar panel maker has rocketed to nearly $900, up over 30% in just the past two days. It is now worth five times what it was in June, when there were whispers of bankruptcy surrounding the company founded by the erratic visionary Elon Musk.

Among the world's automakers, Tesla, with a market value Tuesday just shy of $160 billion, ranks behind only Toyota, at $232 billion.

Many investors see it as justified for a company that is leading the world in electric vehicle sales amid an expected global transition from the internal combustion engine to batteries.

Others see the meteoric rise as just plain crazy for a company that's never turned a full-year profit.