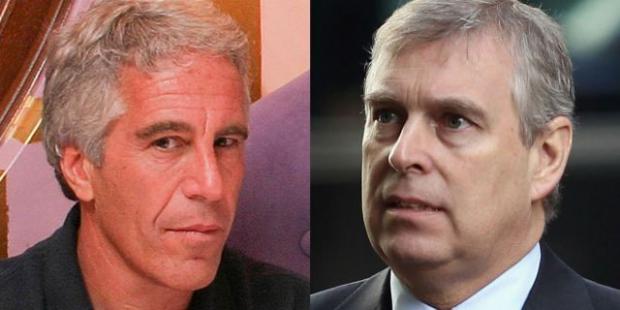 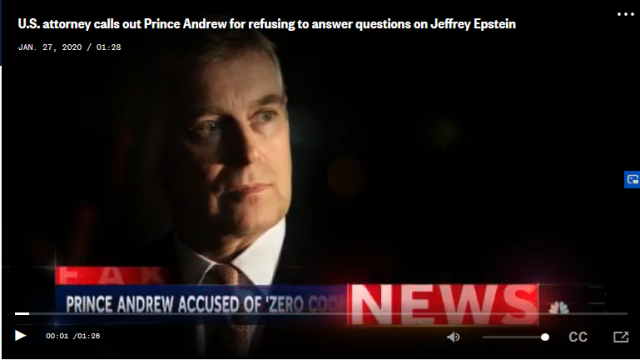 Andrew, who has denied allegations he had sex with a teenage girl trafficked by Epstein, has said he would assist in any investigation related to the case.

Prince Andrew has provided "zero cooperation" in the investigation of Jeffrey Epstein's network of enablers, the U.S. attorney for the Southern District of New York said Monday.

Andrew, who has been accused of having sex with a teenage girl trafficked by Epstein, has publicly indicated that he would be willing to assist in any investigation related to the case.

But U.S. Attorney Geoffrey Berman, speaking outside the late financier's mansion in New York City, said the FBI and New York prosecutors have reached out to the prince and his attorneys but have yet to receive any assistance from him.

Buckingham Palace did not immediately respond to a request for comment.

Epstein died by suicide in August while awaiting trial on sex trafficking charges.

In a widely panned interview in the fall, Andrew denied allegations he had sex with Virginia Roberts Giuffre, who says she was trafficked by Epstein when she was 17. The prince said that he had no recollection of ever meeting her — despite a widely circulated photograph showing otherwise — and that he was at a pizza restaurant with his daughter on the day in 2001 that Giuffre alleges they had the sexual encounter.