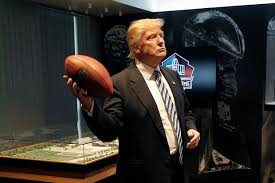 Trump will be sitting down at the White House for the interview with Hannity ahead of Super Bowl LIV on Feb. 2. The highly-rated event, broadcast this year by Fox, will see the Kansas City Chiefs face off against the San Francisco 49ers.

The pre-Super Bowl presidential interview started in 2004, when President George W. Bush chatted with his personal pal Jim Nantz. Barack Obama resumed the tradition in 2009 and it has endured since, with a notable exception: Trump blew off NBC in 2018. He participated again last year, sitting down with CBS anchor Margaret Brennan.

The interview generally takes place in the second half of the four-hour pregame show, and has taken on a newsier bent over time.

Hannity is known to have a close personal relationship with Trump, who has granted him and Fox News dozens of interviews since his inauguration.