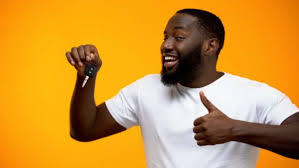 What does it mean to be a racial minority in America (non-white and non-Asian)? Freedom from Responsibility.

Illinois will no longer suspend the licenses of drivers who fail to pay parking tickets and other fines beginning July 1 under a measure Gov. J.B. Pritzker signed into law Friday.

The secretary of state's office also will automatically reinstate the driving privileges of roughly 55,000 people who've had their licenses suspended over unpaid fines and fees unrelated to moving violations.

"Right now, tens of thousands of Illinoisans lose their licenses each year for reasons that have nothing to do with their ability to drive," Pritzker said at a bill-signing event in Chicago's Homan Square neighborhood.

The suspensions disproportionately affect low-income drivers who need their cars to get to work and earn the money to pay their fines, the governor said.

White People Are Being Erased

'There are too many white people in here':