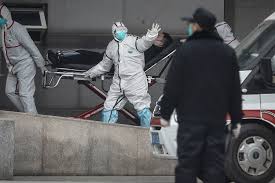 This morning, we woke up to the news that China has quarantined three major cities with a combined population of more than 20 million people. That seems rather excessive (not to mention expensive and panic-inducing) for a virus with a proclaimed 2% death rate. The Guardian reports:

Authorities banned transport links from Wuhan, the capital of Hubei province, on Thursday, as well as the nearby central Chinese cities of Huanggang and Ezhou, suspending buses, subways, ferries and shutting the airport and train stations to outgoing passengers.

Chinese authorities still report only 633 cases, 95 patients in critical condition, and 17 deaths from the virus.

10 Plagues That Are Hitting Our Planet Simultaneously