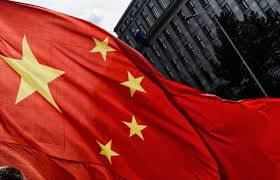 Huang is a human-rights advocate in China, one who has courageously publicized and disclosed human-rights violations on the part of the Chinese communist regime. Huang was recently sentenced to 12 years in jail for the crime of disclosing "state secrets."

Print to that sentence, Huang served eight years in jail for the crime of "inciting subversion of state power" for reporting on the Chinese government's violent suppression of the group Falun Gong.

China is a national-security state. So is post-World War II United States. So are North Korea, Cuba, Egypt, Vietnam, and Russia.

A national-security state consists of a vast and powerful military-intelligence establishment, one that wields omnipotent dark-side powers, such as the power to engage in secret and non-secret state-sponsored assassinations.

In most national-security states, the military and intelligence officials control the entire government. In the United States. the national security establishment, which consists of the Pentagon, the military industrial complex, the CIA, and the NSA, is effectively a fourth branch of government, one whose power structure is based outside of Washington, in Virginia and Maryland. By virtue of its military might, intelligence-gathering capabilities, and self-assumed omnipotent, non-reviewable power of assassination, it has developed into the most powerful of the four branches of the federal government.