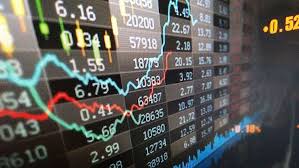 For four decades the US economy has been trapped in a "Groundhog Day" cycle in which policy engineered new stock market booms cover the tracks of previous busts. But though each new boom ameliorates, it does not recuperate the prior damage done to income distribution and shared prosperity. Now, that cycle is in full swing again, clouding understanding of the economic problem and giving voters reason not to rock the boat for fear of losing what little they have.

The Groundhog Day boom-bust cycle links with John Kenneth Galbraith's observations on the phenomenon of financial fraud via embezzlement, which he termed "the bezzle":

"To the economist embezzlement is the most interesting of crimes. Alone among the various forms of larceny it has a time parameter. Weeks, months, or years may elapse between the commission of the crime and its discovery. (This is a period, incidentally, when the embezzler has his gain and the man who has been embezzled, oddly enough, feels no loss. There is a net increase in psychic wealth.) At any given time there is an inventory of undiscovered embezzlement in – or more precisely not in – the country's businesses and banks. This inventory – it should perhaps be called the bezzle – amounts at any moment to many millions of dollars. It also varies in size with the business cycle."

The Lessons We Have Learned From The Coronavirus So Far...