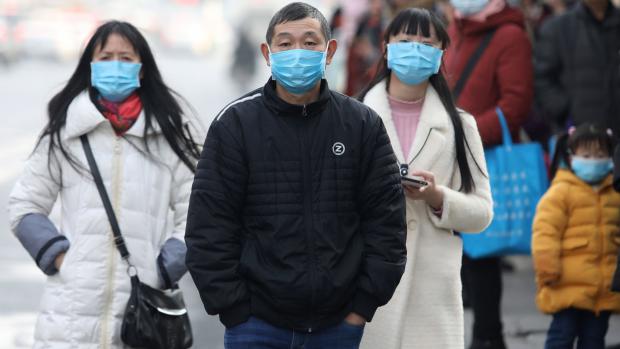 Zhong Nanshan, despite his advanced age, was appointed to lead the National Health Commission's investigation into the new virus, which has rattled millions of Chinese who are travelling for the week-long Lunar New Year holiday, which starts on Saturday, and jolted global markets.

His announcement on Monday that the virus could spread between humans - local officials had previously said the possibility of such transmission was limited - ratcheted up worries about the outbreak. The same night, Chinese President Xi Jinping called for resolute action to curb the spread.

Zhong, who is also well-known for his muscle-bound physique - photos of him lifting weights are widely circulated online - became a household name in 2003, when China was accused of covering up a major outbreak of Severe Acute Respiratory Syndrome (SARS).

On Tuesday, he told a press briefing in the southern city of Guangzhou, where he is based, that the government had been forthright about reporting cases and has been transparent in managing the outbreak.

Early on Thursday, officials in Wuhan, a metropolis of 11 million people, closed off transport links to prevent the spread of the virus - a move that sources said Zhong had advocated for.

Zhong and the National Health Commission could not immediately be reached for comment.

During the new virus outbreak, Beijing has warned officials that they face public shame if they cover up any infections.

That marks a departure from 2003, when in an atmosphere of fear and suspicion, Zhong, a respiratory diseases specialist, gave media his candid, pessimistic assessment of the severity of the SARS crisis.

It's Getting REALLY Bad! THIS Is What You MUST Know...

CDC Admits Spread of Coronavirus in the US Appears Inevitable