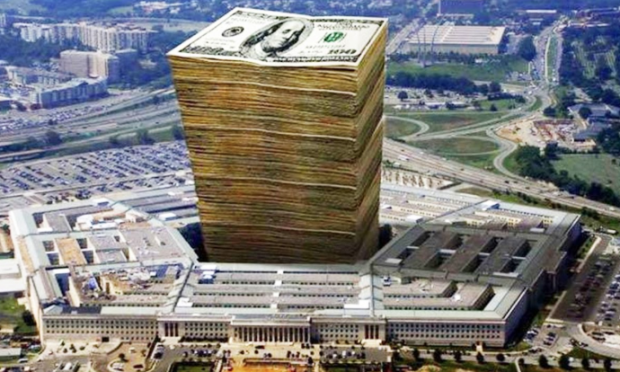 The latest estimate is up from $30.7 trillion in 2018 and $29 trillion in 2017, the first year adjustments were tracked in a concerted way, according to Pentagon figures and a lawmaker who's pursued the accounting morass.

The figure dwarfs the $738 billion of defense-related funding in the latest U.S. budget, a spending plan that includes the most expensive weapons systems in the world including the F-35 jet as well as new aircraft carriers, destroyers and submarines.

"Within that $30 trillion is a lot of double, triple, and quadruple counting of the same money as it got moved between accounts," said Todd Harrison, a Pentagon budget expert with the Center for Strategic and International Studies.

The Defense Department acknowledged that it failed its first-ever audit in 2018 and then again last year, when it reviewed $2.7 trillion in assets and $2.6 trillion in liabilities. While auditors found no evidence of fraud in the review of finances that Congress required, they flagged a laundry list of problems, including accounting adjustments.

Although it gets scant public attention compared with airstrikes, troop deployments, sexual assault statistics or major weapons programs, the reliability of the Pentagon's financial statement is an indication of how effectively the military manages its resources considering that it receives over half of discretionary domestic spending.

The military services make adjustments, some automatic and some manual, on a monthly and quarterly basis, and those actions are consolidated by the Pentagon's primary finance and accounting service and submitted to the Treasury.