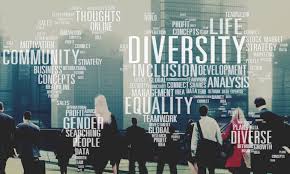 Diversity and inclusion appear to be the end-all and be-all of their existence. So, I thought I'd begin this discussion by first looking up the definition of diversity.

According to the Oxford Dictionary, diversity is "the practice or quality of including or involving people from a range of different social and ethnic backgrounds and of different genders, sexual orientations, etc." The definition gratuitously adds, "equality and diversity should be supported for their own sake." The standard definition given for inclusion is involvement and empowerment where the inherent worth and dignity of all people are recognized.

Here's my question to those who are wedded to diversity and inclusion: Are people better off the less they have in common with one another? For example, women are less likely to be able to march 12.4 miles in five hours with an 83-pound assault load. They are also less likely to be able to crawl, sprint, negotiate obstacles and move a wounded comrade weighing 165 pounds while carrying that load. Would anyone argue that a military outfit would benefit from diversity by including soldiers who can and those who cannot march 12 miles in five hours while carrying an 83-pound load?

The Lessons We Have Learned From The Coronavirus So Far...