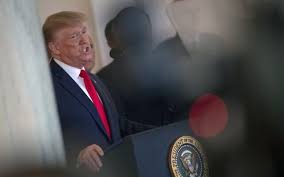 Clinton was impeached by House Republicans when he clearly lied under oath by denying his sexual affair with Monica Lewinsky, a White House intern.  The Senate refused to convict him.  Enough Senators had enough sense to know that lying about a sexual affair, even under oath, did not rise to a "high crime."  Moreover, Senators understood that few men would be inclined to embarrass their wife and daughter, or few women their husband and daughter, by admitting publicly to a sexual affair.

Andrew Johnson, a Tennessee Democrat, stood with the Republican Union of Abe Lincoln. Consequently, Lincoln chose Johnson as his Vice President in his 1864 reelection campaign.  When Lincoln was assassinated, Johnson became president.

President Johnson took to heart Lincoln's emphasis on restoring comity between North and South. Consequently, Johnson opposed the harsh, exploitative, and demeaning policies of the Republican Congress during Reconstruction.  He didn't see how the Union could be restored on the basis of dispossession of Southerners, rape of Southern women, and the infliction of general humiliation on a conquered people.