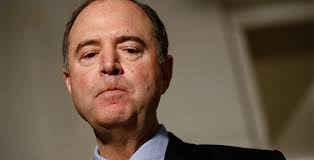 The left-leaning Politico claims that Schiff released inaccurate information about a text message between Rudy Giuliani and Lev Parnas on July 3, 2019, about organizing a meeting with Ukrainian President Volodymyr Zelensky.

The report claims in a text message conversation between Giuliani and Parnas, Parnas said: "trying to get us mr Z." The remainder of the letter was redacted.

Politico added, "But an unredacted version of the exchange shows that several days later, Parnas sent Giuliani a word document that appears to show notes from an interview with Mykola Zlochevsky, the founder of Burisma, followed by a text message to Giuliani that states: 'mr Z answers my brother.' That suggests Parnas was referring to Zlochevsky, not Zelensky."

A Republican aide told Politico that Schiff's assumption that "mr Z" is Zelensky is ludicrous.