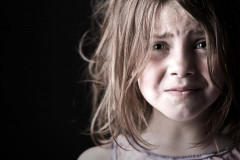 Children have been coming home from school afraid for their future, afraid for their lives. Some kids now believe they have less than ten years to live because of something that has been pounded in their heads — a political dogma called climate change. Children are being told that nothing is being done to address rising temperatures and carbon emissions. They are told that civilization will soon collapse if we don't take action now. Climate change sensationalism is terrorizing kids, making them believe that they are going to die before they become adults. Teaching kids about environmental stewardship is a good objective, but filling their brains with climate sensationalism and predictions about the end of the world can have a traumatic and lasting effect on their thinking and their life.

Sensationalized climate doom is terrorizing the minds of the next generation

A young girl named Greta Thunberg was given the world stage at a United Nations Climate Action Summit in 2019. The girl was used as a pawn by a powerful group that wants all Nations to be subservient to their agenda of economic and climate control. The young Thunberg was allowed to give a desperate, outlandish speech about the end of the world, and then the speech was popularized by the mainstream media. The speech demanded that world leader's act to put an end to carbon emissions or else the world faces mass extinction. Thunberg went on to blame every adult who doesn't agree with her for ruining her future and destroying the planet.

She was both criticized and praised for her tirade. Time Magazine named Thunberg the "Person of the Year" even though her speech was all hypothetical apocalyptic doom. Other publications pointed out the immaturity of the young girl's tirade and how irrational, unrealistic, bratty, and demanding it was. The speech is having a negative, lasting impact on children.

A report from Toronto gives a glimpse of what's happening to the minds of children. An eight-year-old named Joylaea Blazevic came home from school one October afternoon and frantically told her mother that she only had eight years left to live. The school, Elmbank Junior Middle Academy, aired the infamous Thunberg speech in the library that day. According to the girl's mother, the broadcast confused her daughter and scared all her friends. Young Joylaea also told her mother that one of her classmates shouted, "I don't want to die!" The rest of the children exhibited similar responses, afraid for the future, afraid for their lives.

Climate change alarmism offers no hope – only fear. Climate change activists are not leading by example. Instead, they make large-scale demands based on fear, and this has detrimental effects on the minds of children.

According to the National Post, the schoolchildren were forced to watch a video of a "carbon clock." The clock counted down from eight years, suggesting the children have less than a decade to live. The video warned that eight years is "the estimated amount of time it will take to emit enough carbon to warm the world by 1.5 degrees Celsius" – setting off a catastrophic string of events that will cause mass extinction of humans.

Side Effects May Include...

How To REVERSE The Dumbing Down Of Society Using The Science Of NUTRITION!

SpaceX will launch humans to space for the first time

Whoa! They're Really Going This Far??