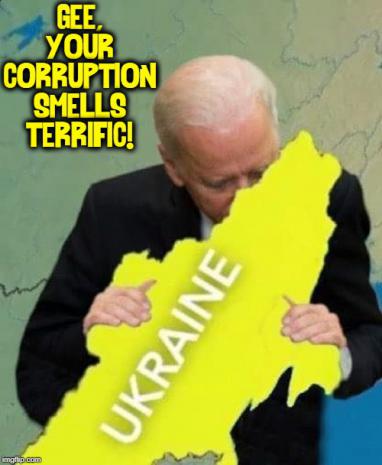 The memo by Biden campaign aides Kate Bedingfield and Tony Blinken specifically warned reporters covering the impeachment trial they would be acting as "enablers of misinformation" if they repeated allegations that the former vice president forced the firing of Ukraine's top prosecutor, who was investigating Burisma Holdings, where Hunter Biden worked as a highly compensated board member.

Biden's memo argues there is no evidence that the former vice president's or Hunter Biden's conduct raised any concern, and that Prosecutor General Viktor Shokin's investigation was "dormant" when the vice president forced the prosecutor to be fired in Ukraine.

The memo calls the allegation a "conspiracy theory"  (and, in full disclosure, blames my reporting for the allegations surfacing last year.)

But the memo omits critical impeachment testimony and other evidence that paint a far different portrait than Biden's there's-nothing-to-talk-about-here rebuttal.

Here are the facts, with links to public evidence, so you can decide for yourself.

It is irrefutable, and not a conspiracy theory, that Joe Biden bragged in this 2018 speech to a foreign policy group that he threatened in March 2016 to withhold $1 billion in U.S. aid to Kiev if then-Ukraine's president Petro Poroshenko didn't immediately fire Shokin.

"Well, son of a bitch, he got fired. And they put in place someone who was solid at the time," Biden told the Council on Foreign Relations event.

Fact: Shokin's prosecutors were actively investigating Burisma when he was fired.

While some news organizations cited by the Biden memo have reported the investigation was "dormant" in March 2016, official files released by the Ukrainian prosecutor general's office, in fact, show there was substantial investigative activity in the weeks just before Joe Biden forced Shokin's firing.

The corruption investigations into Burisma and its founder began in 2014. Around the same time, Hunter Biden and his U.S. business partner Devon Archer were added to Burisma's board, and their Rosemont Seneca Bohais firm began receiving regular $166,666 monthly payments, which totaled nearly $2 million a year. Both banks records seized by the FBI in America and Burisma's own ledgers in Ukraine confirm these payments.

To put the payments in perspective, the annual amounts paid by Burisma to Hunter Biden's and Devon Archer's Rosemont Seneca Bohais firm were 30 times the average median annual household income for everyday Americans.

For a period of time in 2015, those investigations were stalled as Ukraine was creating a new FBI-like law enforcement agency known as the National Anti-Corruption Bureau ((NABU) to investigate endemic corruption in the former Soviet republic.

There was friction between NABU and the prosecutor general's office for a while. And then in September 2015, then-U.S. Ambassador to Ukraine Geoffrey Pyatt demanded more action in the Burisma investigation. You can read his speech here. Activity ramped up extensively soon after.

A Stunning Admission on the So-Called Population Crisis

The 9 Best Browsers for Linux