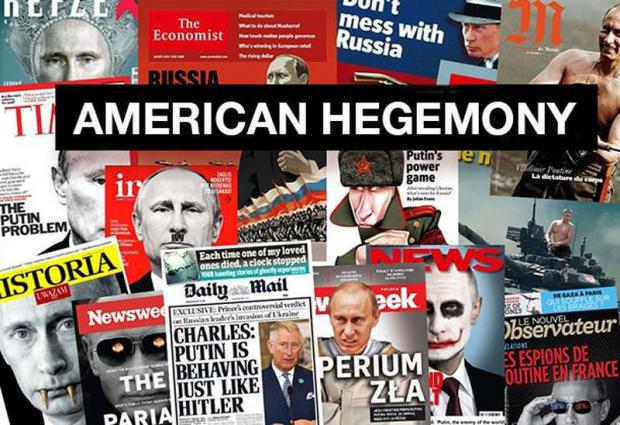 The term has been applied to Russian state owned media such as RT to justify denying such outlets normal journalistic credentials and privileges.

In this essay, I will employ the more traditional term propaganda, which I take to mean the manipulation of information which may or may not be factually true in order to achieve objectives of denigrating rivals for influence and power in the world, and in particular for denigrating Russia and the "Putin regime."

The working tools of such propaganda are

tendentious determination of what constitutes news, which build on the inherent predisposition of journalism to feature the negative and omit the positive from daily reporting while they carry this predisposition to preposterous lengths

the abandonment of journalism's traditional "intermediation," meaning provision of necessary context to make sense of the facts set out in the body of a news report. In this regard, the propagandistic journalist does not deliver the essential element of paid-for journalism which should distinguish it from free "fake news" on social media and on the internet more broadly