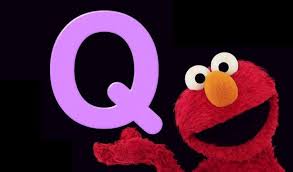 Q first appeared in October 2017 on an anonymous online forum called 4Chan, posting messages that implied top-clearance knowledge of upcoming events. More than 3,000 messages later, Q has created a disturbing, multi-faceted portrait of a global crime syndicate that operates with impunity. Q's followers in the QAnon community faithfully analyze every detail of Q's drops, which are compiled here and here.

The mainstream media has published hundreds of articles attacking Q as an insane rightwing conspiracy, particularly after President Trump seemed to publicly confirm his connection to it.  At a North Carolina rally in 2019, Trump made a point of drawing attention to a baby wearing a onesie with a big Q.

In recent weeks, the tempo of Trump's spotlighting of Q has accelerated, with the President retweeting Q followers twenty times in one day. Trump has featured Q fans in his ads and deployed one of Q's signature phrases ("These people are sick") at his rallies. The President's lawyer, Rudy Giuliani, has also retweeted Q followers.

Q has noted that the media never asks Trump the obvious question: What do you think of Q? To Q followers, the reason they don't ask is obvious. They're afraid of the answer.