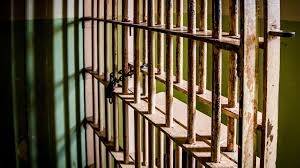 Kassen was an American citizen who drove a taxi in New York City. He had two children. In 2013, the Egyptian military ousted the democratically elected president of the country, which reestablished its omnipotent control over the government and the nation. In the process of killing hundreds of protestors, Egyptian authorities arrested Kassem in a nearby shopping center where he was exchanging money before returning home to the United States.

According to an article in the New York Times entitled "U.S. Citizen Dies in Egyptian Jail After Lengthy Hunger Strike," after Kassem's arrest Egyptian soldiers beat him mercilessly. They then jailed him. He remained incarcerated for five years before being accorded a trial. He was a diabetic and had a heart condition, but was accorded only limited medical care.

In 2018, five years after he was arrested, Kassem was convicted in a mass trial involving hundreds of other defendants. He began a liquids-only hunger strike and then passed away last week.

Will the Dollar Always Rule? Ask the Archduke