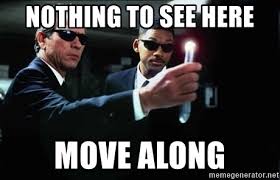 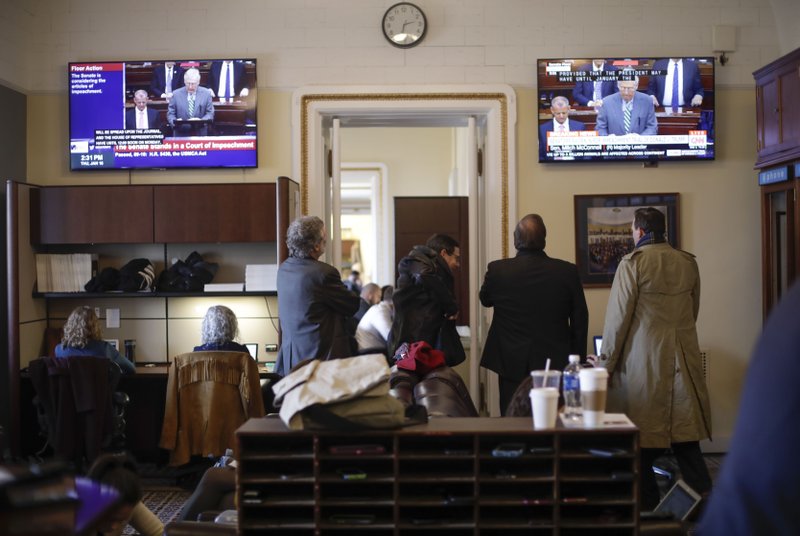 WASHINGTON (AP) — The impeachment trial of President Donald Trump has barely started and already journalists are getting a glimpse of how hard it will be cover the event under harsh new media restrictions imposed by the Senate.

Thursday's impeachment events were largely ceremonial, with the Senate formally receiving the articles of impeachment from the seven appointed managers from the House of Representatives. Supreme Court Chief Justice John Roberts and the full Senate were also formally sworn in. The trial begins in earnest on Tuesday.

Thursday also served as a preview of how the new restrictions will warp the daily functioning of the congressional press corps, who are accustomed to approaching senators as they walk through the hallways or emerge from the Senate subway.

Security was heavily beefed up with at least 10 uniformed Capitol Police officers where there are usually one of two manning the so-called "Ohio clock corridor" just outside the Senate chamber. In the Senate basement, where reporters often wait to ask senators questions, at least a dozen officers gathered to enforce the new rules, which were set by the Sergeant at Arms of the Senate, Michael Stenger. Stenger was appointed by Senate Majority Leader Mitch McConnell.

All throughout the Capitol building, reporters were prevented from stopping to wait for senators or talking to them outside the designated media pens. Senators were also given cards by the Capitol Police that suggested phrases for fending off unwanted approaches. including "Please get out of my way" and "You are preventing me from doing my job."

The Standing Committee of Correspondents, representing credentialed congressional reporters, has already appealed unsuccessfully to Senate leadership and the sergeant at arms to reverse the restrictions. On Thursday, many of those reporters turned to social media to air their grievances. Several recounted instances of friendly interviews with willing senators that were interrupted by security.

Miami Herald reporter Alex Daugherty reported on Twitter that he was talking to Florida Republican Marco Rubio about aid for Puerto Rico when they were interrupted by security and prevented from continuing the interview. McClatchy correspondent Emma Dumain was in mid-conversation with Indiana Republican Mike Braun when they were told she would have to step behind the press pen ropes to continue to interview. Dumain wrote on Twitter that Braun was "happy to accompany me to my cage so he could finish his thought."

Siri is Now Refusing to Say the Word "Gun"

"Maybe This Was Man Made" - CNBC Questions Coronavirus Origins