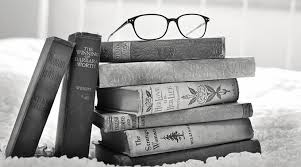 Thus I was more than a little puzzled when I saw the following headline:

Indiana University admits a professor has 'racist, sexist, and homophobic' views but say they can't fire him because of the First Amendment

After years of over-use, the cry of RACIST has lost its strength, and now extra slurs are typically tacked on, in this case, "sexist and homophobic," although "right wing" and other scare words are typically used as well.

But this can't be right. I've seen professors removed before, the First Amendment has offered no protection against the ideologues running many of our campuses today. So, I was suspicious, and seeing the link is from fake news site MSN, I found considerable amusement in the spin here. Let's take a look:

Indiana University says it will continue to employ Eric Rasmusen, a professor of business economics and public policy at the university, despite his "racist, sexist, and homophobic views."
University Provost Lauren Robel said the school can't fire Rasmusen because the "First Amendment of the United States Constitution forbids us to do so."