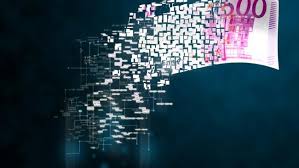 I have demonstrated through the words of central bankers themselves how the goal of introducing digital currency is an integral part of their plans over the next decade. It is on record that global planners want to 'reset' the current financial system and replace it with a new set up underpinned by intangible assets. Global elites refer to this as either the rise of the Fourth Industrial Revolution or a 'new world order' of finance. What is a carefully preordained agenda has been fashioned to appear as nothing more than the innocent evolution of technology. It is a deception that can be challenged using the communications issued by central banks.

Rather than rely on supposition, let's allow those within the central banking community to speak for themselves.

In November 2019 Johannes Beermann, a member of the German Bundesbank responsible for cash management, gave a speech in China called 'Cash and digital currencies from a central bank's perspective.' Beermann confirmed that cash circulation in Germany is on the rise, with the Bundesbank having issued over half the total value of euro banknotes now in circulation. 'There may be less cash around', said Beermann, 'but we are far from being cashless.'

Beermann went on to say that new methods of payments 'tend to evolve in stages', and that 'the transition towards a society with less cash has to be driven by the user and not the supplier.' But even though a large proportion of German citizens are still demanding banknotes, it has not prevented the Bundesbank from openly discussing the possibility of a central bank digital currency superseding cash in the future.