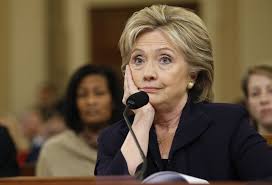 Judicial Watch announced in a press release on Friday:

Judicial Watch today released 37 pages of new Clinton emails recently found by the FBI that show former Secretary of State Hillary Clinton used her unsecure, non-government email to transmit classified information. The new emails also show Clinton used text messages for government business. The documents, produced to Judicial Watch after a review by the State Department, include 13 new Clinton emails. The State Department did not provide information about where the emails were found; why they were not previously produced; or if additional records are anticipated. Last month, a Justice Department attorney could not tell a federal court judge how and where the FBI discovered the new cache of Clinton emails. The State Department previously claimed it had produced all releasable Clinton emails, including emails recovered by the FBI that Hillary Clinton tried to destroy or withhold. The State Department initially claimed all responsive emails had been produced in 2018, but then found more emails which were produced, for the first time, early last year. Then in November 2019, the State Department first disclosed to the court that the FBI had found this latest batch of emails.