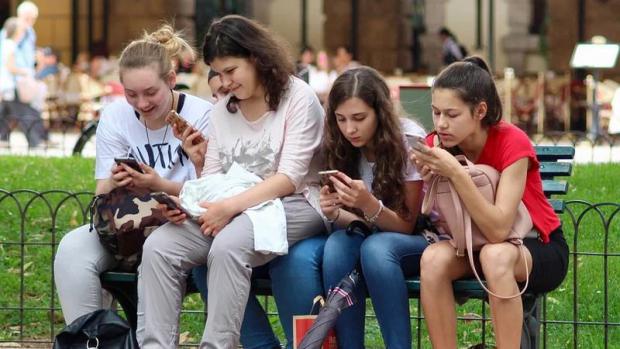 MONTPELIER — A bill has been introduced in the state Senate that would make it illegal for anyone under the age of 21 to use or possess a cellphone.

The bill, S.212, would make such possession or use a misdemeanor punishable by a maximum of a year behind bars and a $1,000 fine.

It said cellphone use while driving is one of the leading killers of teenagers. It also said young people use cellphones frequently to bully and threaten each other, something that has been linked to suicides.

"The Internet and social media, accessed primarily through cell phones, are used to radicalize and recruit terrorists, fascists, and other extremists. Cell phones have often been used by mass shooters of younger ages for research on previous shootings," the bill reads.

The bill said the Legislature has concluded those under 21 years old "aren't mature enough" to possess guns, smoke cigarettes or drink alcohol and the same should apply to cellphone use. The state recently increased the smoking age to 21 and barred those under 21 from buying a gun unless they take a hunter safety course.

The bill was introduced by Sen. John Rodgers, D-Essex-Orleans. Rodgers said Wednesday he introduced the bill to make a point.

"I have no delusions that it's going to pass. I wouldn't probably vote for it myself," he said.

He said, based on the information presented in the bill, a cellphone is much more dangerous than a gun.

The bill talks about suicide and suicide prevention was a major talking point when the Legislature passed a bill requiring a 24-hour waiting period to buy a handgun. Gov. Phil Scott vetoed the legislation and it's not expected to be taken up again this session.

Michelle Fay is the executive director of Voices for Vermont's Children, an organization based out of Montpelier that promotes public policy that enhances the lives of children and youth in the state.

Fay issued a statement saying, "There are so many critical issues impacting the lives of working families in Vermont today, from increasing minimum wage to implementing equitable family and medical leave insurance programs to establishing an office of child advocate. We urge the Legislature to focus on the important work at hand instead of getting tied up in hollow diversions."