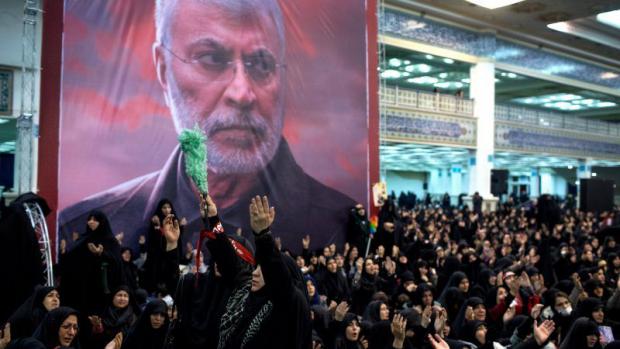 "The moment we all feared is likely upon us," Sen. Chris Murphy (D–Conn.) warned after the American drone attack that killed Iranian military commander Qasem Soleimani. "An unstable President in way over his head, panicking, with all his experienced advisers having quit, and only the sycophantic amateurs remaining." The problem, as Murphy sees it, is a lack of "adults in the room" to curb the dangerous, bloodthirsty impulses of an inexperienced and impetuous president. Yet history suggests that the foreign policy professionals Murphy misses are at least as grave a threat to peace.

While running for president in 2000, George W. Bush derided "nation building" and said American foreign policy should be "humble" rather than "arrogant." As president, Bush brought us the disastrous wars in Afghanistan and Iraq, countries where thousands of U.S. troops remain 19 and 17 years later, respectively.

While running for president in 2007, Barack Obama rejected the idea that the president has the authority to wage war without congressional authorization whenever he thinks it is in the national interest. "The President does not have power under the Constitution to unilaterally authorize a military attack in a situation that does not involve stopping an actual or imminent threat to the nation," he explained. As president, Obama did that very thing in Libya, another ill-advised and mendaciously justified intervention that begat chaotic violence.

A few years before his 2016 presidential campaign, Donald Trump said the U.S. should withdraw immediately from Afghanistan, where "we have wasted an enormous amount of blood and treasure." He also worried that "Obama will someday attack Iran in order to show how tough he is." While running for president, Trump unequivocally condemned the Iraq war and the U.S.-supported toppling of Libyan strongman Moammar Gadhafi. As president, he sent more troops to Afghanistan, became so committed to staying in Iraq that he is threatening the Iraqi government with sanctions for asking the U.S. to leave, and now may be courting war with Iran for reasons similar to the ones he thought would motivate Obama to launch one.

Three men with little or no foreign policy experience entered an office where they were surrounded by experts, and they quickly shed their initial skepticism of military intervention. If you think that skepticism was naive, that was a welcome development. But the consequences suggest otherwise.

The conflict between Trump's pre-presidential inclinations and the expert advice he received after taking office was clear in the case of Afghanistan and Syria, where the "adults in the room" passionately, and for the most part successfully, resisted his efforts at disengagement. Even in the case of Iran, where it was Trump who decided that killing Soleimani was a good idea, that was one of the options his military advisers presented, apparently in an attempt to manipulate him.

Sneak Attack by Iran on US Forces Coming?

REBELLION: 'This Isn't Nazi Germany/Soviet Russia Where You're Asked For Your Papers!

This IS The Global Reset. Prepare Accordingly.

This is a Dystopian Nightmare. What Did Trump Do to the Fed?

The Domino Affect: Oil & The Stock Market Are Going DOWN!!!