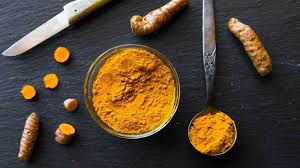 A compound found in turmeric could unlock new treatments in the battle against cancer, a scientific review has suggested.

Researchers say the anti-inflammatory and antioxidant powers of curcumin mean it could halt the development of tumours.

They analysed almost 5,000 studies and found it blocked the growth of eight types of cancers, under laboratory settings.

The academics from Temple University in Philadelphia say curcumin stops nutrients from being transported to tumours.

It also prevents the death of healthy cells by blocking cancer cells from releasing harmful proteins.

The academics concluded curcumin - the pigment in turmeric that gives it its colour - could 'represent an effective drug for cancer treatment, alone or combined with other agents'.

Where Have You Gone, Smedley Butler? The Last General To Criticize US Imperialism